Fort Worth Country Day is committed to preparing young people to make a difference in a complex and changing world. We strive to cultivate the knowledge, skills, and disposition necessary to understand and act responsibly and creatively to resolve local and global issues. While many schools simply offer their students opportunities to travel, FWCD seeks to cultivate global competence in all JK-12 students by weaving global perspectives into the curriculum, working with local partners to contribute to our Fort Worth community, and providing meaningful international travel and hosting exchanges.

The mission of the FWCD Center for International Studies is to provide programs and experiences that build students’ capacity to thrive in an ever-changing global community.

Center initiatives include overseas summer expeditions, exchange opportunities and cultural programs meant to ensure that all FWCD graduates gain an understanding of the following global competencies:


The Center at a Glance

FWCD is one of 14 schools in North America in the Shoulder to Shoulder Global Coalition of Schools.

Learn more  | Download flyer
As thoughts turn to planning for next summer, the Center for International Studies would like to share Students Shoulder-to-Shoulder (SStS) information. When the world opens for safe travel, SStS will be ready to provide meaningful ethical leadership programs in the U.S. and abroad. Right now, students in grades 8-12 can reserve a spot on programs with no financial risk. Summer 2022 applications are now open for field studies in Bolivia, Colorado, Costa Rica, Texas, Michigan, Kenya, Nepal, Louisiana, Panama, Peru, South Dakota, and California with such themes as education, environment, food security, gender equality, health care, immigration, marine science, Spanish immersion, and sustainability.

“We live in a global economy and it is imperative that FWCD students are prepared to work and live in this global society. We want our students to feel the freedom of travel and not be intimidated by the unknown. If our kids think the world is a small place, they will be much more likely to venture out into the world and do amazing things.”
-MS Parent
“International experiences, whether cultural or academic, give students a look into the broad spectrum of the world and does not limit their learning to the United States.”

-US Parent
“While language immersion is at the top of my list, I also feel that the experience of traveling and seeing different cultures, different life perspectives is critical for raising a global citizen able to communicate with all people and to destroy stereotypes.”
-US Parent 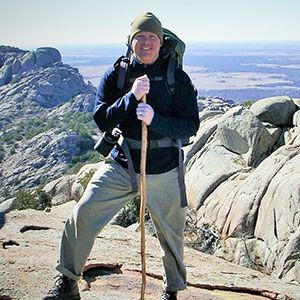 Bill also served as a Commissioned Officer in the United States Marine Corps. He deployed to western Iraq in 2004-05 as Commanding Officer of Scout Platoon, Regimental Combat Team-1. While there, he was cited for gallantry in combat during the Second Battle of Fallujah.

He has led student trips to Normandy, France; Cotopaxi, Ecuador; the Galapagos Islands; and outdoor leadership trips around the American Southwest. Bill has also traveled to Singapore, Malaysia, Kuwait and Argentina, and had a fantastic hiking experience with the H’Mong people of northern Vietnam. His sacred spaces include the Appalachian Trail, Big Bend National Park, and rural Normandy … his trail name is Twisted Shoe.

Bill Arnold ’86
817.302.3237
bill.arnold@fwcd.com
4200 Country Day Lane, Fort Worth, TX 76109
Phone: 817.732.7718
Fort Worth Country Day (FWCD) is a JK-12 private, independent, coeducational, nondenominational college-preparatory school located on approximately 100 acres in Fort Worth, Texas. The mission of Fort Worth Country Day School is to foster the intellectual, physical, emotional, and ethical development of capable students through an academically rigorous college preparatory program that integrates the arts and athletics.