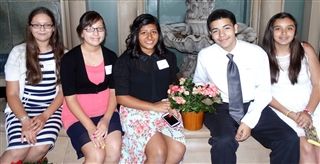 In 1978, the head of University High School in San Francisco, along with two pioneering teachers, envisioned a program that would use the school’s resources to benefit the city at large. Their brainchild was the first Summerbridge program, which had a goal to ensure that each student in the program would gain the confidence and academic skills necessary to succeed in academically rigorous high schools.

The program’s success led to its expansion across the nation throughout the 1990s and 2000s. The first site in Texas, Summerbridge Fort Worth, was founded in 1993, as a partnership between Fort Worth Country Day and the Fort Worth Independent School District. Today, there are programs in 26 cities across the nation and in Hong Kong, including New York, Houston, Austin, Miami and many more.

In 2008, Summerbridge Fort Worth, along with many other sites, changed its name to Breakthrough. The new name better describes the full breadth of the program, which operates year-round to generate breakthroughs in students’ pathways to college. Today, Breakthrough Fort Worth operates as a leader within the national Breakthrough Collaborative.
4200 Country Day Lane, Fort Worth, TX 76109
Phone: 817.732.7718
Fort Worth Country Day (FWCD) is a JK-12 private, independent, coeducational, nondenominational college-preparatory school located on approximately 100 acres in Fort Worth, Texas. The mission of Fort Worth Country Day School is to foster the intellectual, physical, emotional, and ethical development of capable students through an academically rigorous college preparatory program that integrates the arts and athletics.